In May 2015 Dranias opened his first Petros, specializing in Greek cuisine, on Notre Dame Street in Griffintown. The name was a tribute to his late father (named Petros), who always wanted to have a Greek restaurant of his own. In December 2016 a second Petros was established at the corner of Sherbrooke Street and Grosvenor in Westmount followed last April by Petros Laurier. 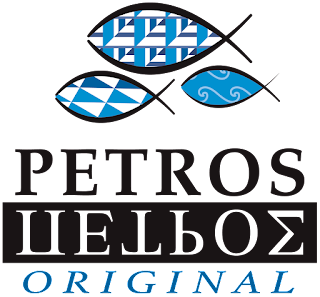 Dranias also operated a restaurant called La Trattoria on Notre Dame. He closed that operation last summer and then leased a 5,000 square foot space close by at 1613  William Street. Towards the end of November, Petros Griffintown will relocate to that facility. It will seat 150 people, three times the size of the current Griffintown facility. It will differ from the others with  music on weekend and beginning in 2020, brunch on the weekends as well. “We have not even opened yet and we have more  than 1,000 reservations for December” Dranias says.

All three BYOB restaurants are thriving and at the age of 57. And Dranias  is not quite finished yet. He is now excited to announce that a fourth Petros will open in 2020 in the Little Italy area.

Despite a labour shortage in the restaurant industry, Dranias has addressed that challenge by giving some of his trusted staff people ownership stakes in each Petros location.  The restaurants all have  rooms for private functions. An entire restaurant can be rented out for special occasions or community organization fundraisers.

Dranias himself can often be found working in the kitchen. Petros great starters, such as the Greek spread medley (any four spreads such as taramosalata, tirokafteri and tzatziki); Greek Penicillin ( mashed potatoes slightly seasoned with garlic and olive oil), exceptional salads, soups, octopus and of course an array of fresh fish selections, steaks, lamb chops, veal, moussaka  and a  whole lot more. For dessert , the homemade loukoumades, little yeast-risen dough drizzled with honey syrup and accompanied by some yogurt and baklava, are the favorites.

At a time when the restaurant business is struggling during the COVID-19 pandemic, Ted Dranias continues to reverse the trend. Not only are... 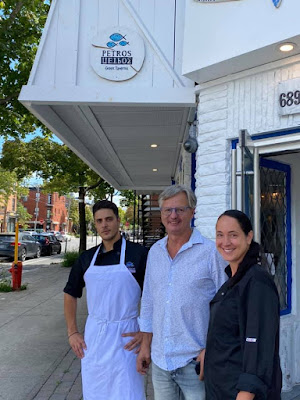